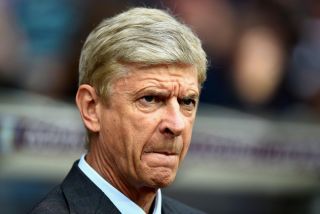 Arsenal's trip to Stamford Bridge comes at the end of a week that has seen the 18th anniversary of Arsene Wenger's appointment as manager.

The Frenchman has guided the club to three Premier League titles and five FA Cups.

However, league glory has eluded Arsenal since 2004 and Wenger's men face Chelsea having been thumped 6-0 in last season's corresponding fixture.

Wenger has still to record a victory over Jose Mourinho in his career, and QPR midfielder Barton believes the former's rivalry with the Chelsea boss has had a negative impact on Arsenal's performances.

"In big games they get under his skin and work them [Arsenal] out tactically," Barton said.

"Nobody can criticise Wenger on the job he has done to build the infrastructure at that club to a fantastic level. But it's probably been sacrificed at the cost of trophies and challenging at that level.

"You think of his teams of [Emmanuel] Petit, [Patrick] Vieira, [Tony] Adams, [Martin] Keown and all those kind of warriors. You look around the Arsenal dressing room now, the people who would win you those kind of games against the top-four clubs - they don't really have an abundance of them.

"At the latter stages of a season they come unstuck because of that lack of - I hate to say it - a real lack of character or spine within the team."