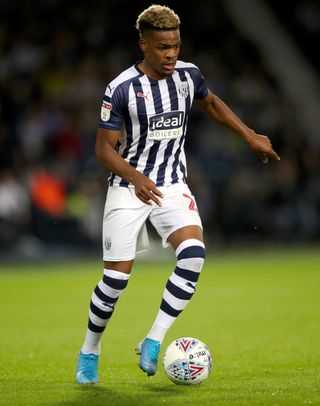 West Brom returned to winning ways and went top of the Sky Bet Championship with a 4-2 win against Cardiff.

Slaven Bilic’s promotion chasers led 3-0 until the 75th minute but substitute Danny Ward’s double made things nervy for the home fans until Romaine Sawyers scored the Baggies’ fourth goal in the third minute of added time.

Albion showed the midweek defeat at Leeds was a blip with their second successive 4-2 home win.

Cardiff’s Robert Gladzel had an effort disallowed for offside before Austin scored, then Ward set up a grandstand finish.

The visitors were first to threaten when captain Sean Morrison guided a towering header towards the bottom corner from Junior Hoilett’s free-kick –  but goalkeeper Sam Johnstone tipped it away and centre-back Aden Flint blazed over.

Austin went close to opening the scoring in the 18th minute. He brilliantly got between Morrison and Flint to slide in on a superb cross from Phillips from point-blank range, only for goalkeeper Alex Smithies to block with an outstretched leg.

Sixty seconds later, the Baggies were ahead with a superbly-worked goal. Brazilian playmaker Pereira cut in from the right and exchanged passes with Diangana before curling a delightful left-foot shot beyond Smithies.

Pereira was inches away in the 27th minute. Again Diangana was the architect, and the on-loan Sporting player’s angled shot from 18 yards brushed the side-netting.

Gavin Whyte tested Johnstone with a low drive, the goalkeeper gratefully scooping around the post, before West Brom took control.

However, Diangana made it 2-0 in the 42nd minute, receiving a short pass from Livermore and taking a touch then letting fly with a low, angled drive from 20 yards.

Cardiff improved in the second half and they forced the first on-target effort when Glatzel’s angled volley was palmed behind by Johnstone.

The Bluebirds thought they had scored on 70 minutes from Glatzel’s fierce header following Marlon Pack’s free-kick – but it was ruled out for offside.

Austin made it 3-0 a minute later, keeping his cool to drive across Smithies after Pereira and substitute Kyle Edwards had linked up to put him through.

Cardiff were not done though and Ward slammed home from 12 yards after Mendez-Laing found him on 75.

Then it was 3-2 when Ward applied the finishing touch after Flint appeared to have glanced home substitute Josh Murphy’s corner 10 minutes later.

However, Sawyers had the last laugh – latching onto a delightful pass from Pereira before calming lifting the ball over Smithies.