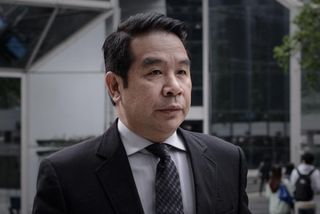 But judge Douglas Yau returned a guilty verdict at a Hong Kong District Court on Monday.

Reacting to the news, Birmingham's acting chairman Peter Pannu said in a statement on the club's official website: "I'd like to reassure all supporters and staff that today's verdict will have no impact on the day-to-day operations at the football club.

"Birmingham International Holdings Limited, the holding company, shall continue to support the football club under the leadership of the group's new chairman, Mr Cheung Shing, and will work to raise further investment to support Birmingham City F.C. going forward."

Yeung, who completed a protracted takeover of Birmingham in 2009, resigned from the club's board of directors in February while awaiting trial, but is still the Championship outfit's major shareholder.