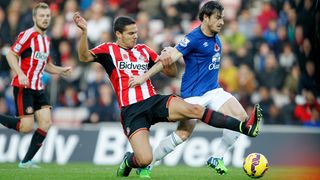 You’re back at pre-season training: is the first day back something you dread?
I enjoy it, especially after we’ve been away for so long. Usually it’s not much of a blow fitness-wise because they don’t want to kill you straight away; they want to build you into it slowly. If there’s one thing I dread about pre-season it’s the running. We have one run called the horseshoe: it’s non-stop running in the shape of a horseshoe. We sprint over distances between 100 and 300 metres for 20 minutes. Everyone dreads it – it’s so hard.

Did you do anything to prepare for pre-season while still on holiday?
Once the season is over I have two weeks of doing absolutely nothing. Then I start doing some light exercise, going out jogging twice a week, gradually building it up the closer I get to pre-season. I also do a bit of interval training where I sprint, jog, walk, sprint, jog, walk, but I don’t go too mad. I try to rest as much as possible because pre-season is there to get you fit. I also go to the park with my old schoolmates and have a kickaround.

Do you reflect on the season just gone and set goals for the following season during the summer?
The off-season is a good time to reflect on the season you had. If it was bad don’t dwell on it too much, and if it was good don’t give yourself too much praise. My goals for next season? I’d like to score more goals from midfield and establish myself as one of the first names on the team-sheet.

What do you do with your downtime during the summer?
This summer I had four or five days at home with my mates and lived their lives – I went out with them, went for meals and to the gym. Then I went on a beach holiday and just relaxed for a week. This really helped me unwind, and now I’m raring to get back into it again.

During that time, do you allow yourself to eat whatever you want or are you still watching your diet?
If I go out for a meal during the season I’m very cautious of what I eat and drink, but during the first few weeks of the off-season I’ll have what I want. It’s brilliant being able to treat yourself. I can go out and have three-course meals and fizzy drinks. My favourite dessert is cheesecake – I never have this during the season because it’s fattening. I love burgers as well. But after a few weeks I go on runs to burn off any weight I’ve gained, and I change my diet by eating more carbs.

Talk us through a typical day during the first few weeks of pre-season training…
You get in at 10am and have breakfast. Then you’re straight out on the field at 10.30am for a warm-up, a run and a stretch. This lasts an hour. After that you have some lunch. In the afternoon we’ll do a ball session and either another cardio session – maybe some sprint training – or we’re in the gym doing weights. We finish at about 3pm.

Does the bleep test sort the men from the boys?
After the horseshoe this is the worst part of pre-season. You might not even be done in, but you feel like you want to drop out. You tell yourself you’re tired. It’s a battle of minds. Whatever happens, you don’t want to be the first to drop out. Once one drops, the rest start dropping like flies.

As your workouts get harder, does your appetite increase?
I don’t eat as much during the off-season as I do during the season. When I’m by the pool I don’t even think about eating, but when you’re training you’re burning a lot of calories so you’re always starving. You have to eat a lot more, and the right foods too.

During pre-season, how much time do you spend working with the ball to sharpen your technique and team play?
When the balls come out, everyone is happy. We play a lot of five-a-side, including five-a-side on an 11-a-side pitch. It’s fun, and rather than just all technique or all running it combines the two. On the full pitch there’s a lot of running, which incorporates the ball. You’ve got to sprint everywhere.

How many weeks of pre-season training does it take before you feel up to full speed?
We’re a bit unfit when we start playing friendlies – we’re certainly not match fit. You still get a bit of cramp during the first few pre-season games, but once you’ve got through them you start to feel back in shape and ready for the first game of the season. After four weeks and some friendly matches we’re all fit, but it’s not until we’re a few games into the Premier League season that we feel completely up to full speed.