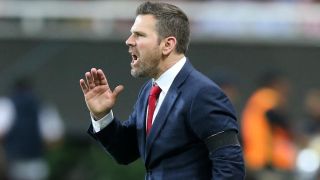 A late goal from Ryan Telfer lifted Toronto to a 2-1 win over Orlando City in MLS on Friday.

Cristian Higuita had cancelled out Jay Chapman's second-half opener, but the hosts found their winner through Telfer three minutes from time.

After Chapman put away a rebound in the 63rd minute, Orlando equalised through Higuita – who struck from 20 yards.

But Telfer was the hero for Greg Vanney's men, the 24-year-old's powerful volley from an Auro cross enough to beat Joe Bendik.

The win was Toronto's third of the MLS season and lifted them into ninth in the Eastern Conference, nine points behind fourth-placed Orlando.