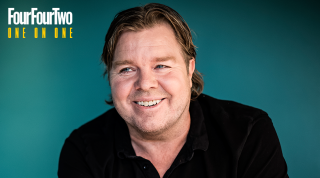 Brolin joined Leeds from Parma in 1995 expecting to be given a creative role in midfield.

Injury to Tony Yeboah meant the Swede was fielded as a striker, however, and not in the position he had been promised by Leeds manager Howard Wilkinson.

The now-48-year-old played only 20 Premier League matches for the Whites, and later spent time on loan at Zurich and former club Parma, before eventually leaving for Crystal Palace in January 1998.

Brolin had won the 1993 Super Cup and 1995 UEFA Cup at Parma, but injuries and personality clashes marred his time in England.

Speaking exclusively in the August 2018 issue of FourFourTwo magazine, out now, the Swede says Wilkinson’s broken promises were a source of great frustration.

“At the end of my five years with Parma, the coach [Nevio Scala] and me weren’t on the same level,” Brolin tells FFT. “I loved Parma. I wanted to stay, but the Bosman ruling was coming in and I think someone wanted to sell me because my contract was running out.

“I went to speak to Leeds and asked manager Howard Wilkinson, ‘So where do you want me to play?’ He replied, ‘I see you as a midfielder – a player in the middle taking care of our game.’

“I really liked that position and thought, ‘OK, if you want to play me like that, I’ll come’. But I didn’t ever play in that position for Leeds. Never.”

But Brolin also insists that, despite his poor experience at Leeds, he doesn’t ever regret his move to West Yorkshire.

“I liked Yorkshire and the fans were amazing,” says the Swede. “I still follow Leeds like a supporter. They need to get back to the Premier League because the fans are incredible – 30,000 and 35,000 at home games even now.

“I remember being on the bench for the 1996 League Cup Final against Aston Villa – it was so frustrating, but the fans kept signing my name because they wanted me on. I’ll never forget that.

“They knew something wasn’t right, and that it wasn’t only my fault. Fans are clever like that – they all understood that something strange was going on with the Leeds management.”

Read the full interview with Tomas Brolin in the August 2018 issue of FourFourTwo magazine, in which we reveal David Beckham’s turbulent quest to be football’s first superstar owner, and look back to 1998 when he came Public Enemy No.1 following his red card at the World Cup. Also, we speak to new Liverpool signing Fabinho about becoming the new Stevie G at Anfield, recall the bonkers the story of Graeme Souness at Rangers, find out what Arsenal fans can expect from the four men filling Arsene Wenger’s sizeable shoes, visit the London-based firm fighting match-fixing around the world, and hail some of the worst football teams ever. Subscribe today!