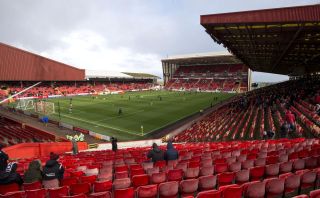 Aberdeen chairman Dave Cormack has urged the football authorities to “put a stake in the ground” this week with regards the resumption of the Scottish game.

Football in the country has been suspended since March 13 due to the coronavirus crisis, with no firm date for it to start back.

The pandemic has had financial implications and the Dons chief fears a £5million shortfall for the Pittodrie club if there is no more income from football over the next few months.

Cormack called for the doubts over the current season to be cleared up with a view to starting next season.

He told STV: “It would be good to get some clarity from UEFA or the authorities as to where we go from here. I think everybody is in a difficult position.

“In an ideal world, with sporting integrity, we would play all the games.

“That’s what everybody wants. The reality is, as the days and weeks go on that becomes really, really difficult.

“I also think as well it is important for us to put a stake in the ground when next season is going to start.

“These things need to be answered, I think, in the next week, the sooner the better. At the end of the day it is down to the authorities.

“I think Neil (Doncaster, SPFL chief executive) and the guys are in a difficult position but hopefully they come together and give everyone some clarity”.