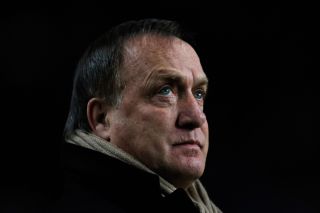 It marks the second time the former Netherlands boss has taken control at the club, having previously had a five-month stint in charge during the 2009-10 season after the club parted company with Ronald Koeman.

During that spell at the AFAS Stadion, Advocaat guided the club to a fifth-place finish in the league.

He replaces Gertjan Verbeek, who lost his job just a day after his side had beaten PSV 2-1 in September.

Advocaat has been without a club since ending his second spell in charge of PSV at the end of last season.

The 66-year-old has had a distinguished managerial career, taking charge of the likes of Rangers, Borussia Monchengladbach and Zenit St Petersburg, as well as international sides South Korea, Belgium and Russia.

He counts league titles with PSV, Rangers and Zenit among his list of achievements.

AZ occupy ninth spot in the Dutch top flight, with 13 points from nine matches so far this season.