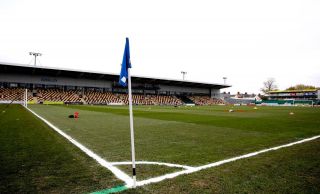 Abdulaziz Hamada's men were searching for a swift response to Friday's 3-2 defeat to Al Qadsia in the Kuwait Super Cup.

And the hosts made a positive start when Chedi Hammami put them into an early lead at the Al Kuwait Sports Club Stadium.

However, Persipura were ahead by the break thanks to goals from Lim Joon-sik and Gerald Pangkali.

It appeared as though that is how the game would finish, but Al Kuwait will instead head to the Stadion Mandala with a one-goal advantage after Al Kandari scored twice in the final 10 minutes.

Hammani opened the scoring in just the fourth minute, but Persipura levelled thanks to a wonderful long-range strike from Lim.

Persipura captain Boaz Solossa went close with an effort from the right of the area and their pressure told when Pangkali added a second for the Indonesian side in the 24th minute.

Al Kuwait tried to find a leveller but Hamada was visibly frustrated with his team's lack of penetration.

But that all changed in the 84th minute when Al Kandari delighted the home fans with the leveller.

And there was still time for more drama as Al Kandari capitalised on confusion in the Persipura defence to complete the turnaround.