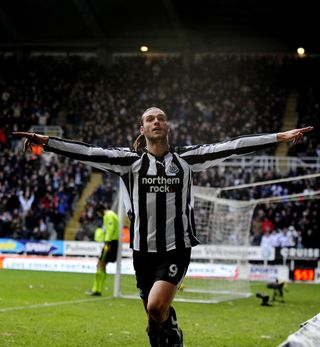 Newcastle were understood to be considering bringing Andy Carroll back to the club after earlier announcing the signing of defender Emil Krafth on transfer deadline day.

Carroll, a free agent following his release by West Ham at the end of last season, scored 31 goals in 80 league appearances for the Magpies, his home town club, before joining Liverpool in 2011.

The 30-year-old striker has suffered considerably with injuries during his career and PA understands Newcastle have been examining his medical records closely as they weigh up their options.

Sweden right-back Krafth, 25, has arrived at St James’ Park from Amiens, putting pen to paper on a four-year deal.

Other done deals confirmed by Premier League clubs on deadline day are West Ham signing Switzerland striker Albian Ajeti, 22, from Basel, and Brighton recruiting 19-year-old French right-back Romaric Yapi from Paris St Germain, with the youngster initially to link up with the Seagulls’ under-23 squad.

Watford made their first move of deadline day with the signing of Rennes winger Ismaila Sarr with less than two hours to go before the deadline.

Meanwhile, Romelu Lukaku looked to be nearing completion of a move from Manchester United to Inter Milan, with a fee of 80million euros (£73.7m) understood to have been agreed between the clubs.

The striker was pictured apparently arriving in Milan, reportedly for medical tests ahead of the proposed transfer.

Tottenham are closing in on deals for Real Betis midfielder Giovani Lo Celso and Fulham full-back Ryan Sessegnon, with both understood to be having medicals on Thursday ahead of their respective transfers. With regard to Sessegnon, a cash-plus-player deal is thought to have been agreed, with Josh Onomah heading the other way.

Spurs had also been hoping to tie up a deal for Juventus’ Paulo Dybala, but the situation regarding the forward was proving more tricky owing to an issue with his naming rights, and it seems increasingly unlikely that move will happen before Thursday’s 5pm deadline for Premier League and Championship clubs.

Manchester City appeared close to signing Derby goalkeeper Scott Carson on loan – the Championship club said on their official Twitter feed on Thursday afternoon: “(Rams boss Phillip) Cocu says that while the deal is not yet complete, it is possible that @SCarsonOfficial will join Manchester City today.”

Brighton boss Graham Potter says Huddersfield midfielder Aaron Mooy is a player he likes and hopes a deal will be finalised today. Does not expect any more incomings or anyone to leave #bhafcpic.twitter.com/Zw9hEedGTs— Ed Elliot (@EdwardJElliot) August 8, 2019

Burnley boss Sean Dyche confirmed the Clarets were working to bring Chelsea midfielder Danny Drinkwater in on loan, and Brighton were “close” to completing a deal for Huddersfield’s Aaron Mooy, according to manager Graham Potter.

Amid the talk about other potential deals, it appeared David Luiz could be set to move from Chelsea to Arsenal, who were also reported to have agreed a fee with Celtic for Kieran Tierney.

In the Championship, West Brom announced the signing of Charlie Austin from Southampton, the striker arriving on a two-year deal.

It was understood Arsenal forward Eddie Nketiah – who the Robins had been interested in – was expected to join Leeds on loan for the season.

The Elland Road club announced they had signed France Under-20 goalkeeper Illan Meslier on a season-long loan from Lorient.