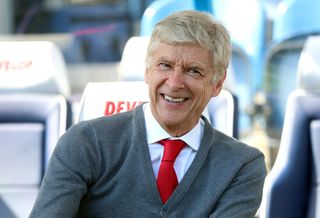 At the time, the move was a huge risk and even bigger financial burden on the club - costing £390m.

The spending restrictions that followed were couldn't have come at a worse time, as Roman Abramovich's Chelsea began to splash the cash.

Arsenal went from one of England, and indeed Europe's, biggest forces to a team that struggled to compete at the very top.

Wenger claims that the Stadium move forced Arsenal to leave part if it's soul at Highbury.

"I moved from Highbury, which was similar to Anfield, but there was a soul in the stadium," Wenger told beIN Sports (via Standard Media).

"We built a new stadium but we never found our soul - we left our soul at Highbury."

The Frenchman, who now holds a role as Head of Football Development at FIFA, said it was health and safety that prevented Arsenal from encouraging atmosphere.

"We could never recreate it for security reasons.

"The distance from the pitch to the stand had to be bigger as we needed ambulances to come in. The inclination of the stands had to be smaller all those things together that we didn't find to recreate the atmosphere."

Arsenal now find themselves at perhaps their lowest point since the stadium move - wallowing in tenth position in the Premier League.

New boss Mikel Arteta has insisted that the fans must be won back over and the Emirates must regain its fear factor.

"This stadium has to create fear again," he told Sky Sports.

"I used to hate coming here as an opponent, and we need to use that power. The opponent must be uncomfortable playing here. We need to recover here."