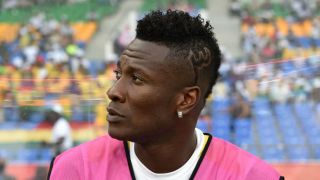 The former Sunderland striker is on loan at Al Ahli from Chinese side Shanghai SIPG.

Gyan's current mohawk style, which he sported while captaining Ghana at the Africa Cup of Nations, has been found not to meet the guidelines of the UAE FA, with reports suggesting over 40 other players have fallen foul of the rules.

Some Islamic teachings ban 'Qaza' hairstyles - including mohawks - as only part of the head is shaved.

In 2012, Waleed Abdullah was forced to alter his hair before playing for Al Shabab because his cut was deemed "un-Islamic".