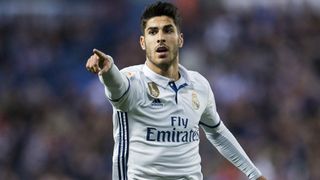 Deulofeu, who has impressed while on loan in Serie A from Everton, scored his first international goal in the 2-0 friendly win over France in March and has retained his place as a reward.

Asensio, 21, made his Spain debut in the Euro 2016 warm-up match against Bosnia-Herzegovina last May but has not appeared for the national team since.

Spain take on Colombia in a friendly on June 7 before a World Cup qualifying clash with Macedonia four days later.

The Real Madrid players named in the squad, who include Asensio, Dani Carvajal, Sergio Ramos, Nacho and Alvaro Morata, are expected to miss the Colombia match due to the Champions League final on June 3.