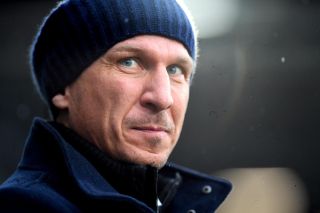 Barnsley head coach Gerhard Struber felt that his side’s second failure to play to their strengths in the second half was the key factor in Cardiff’s 2-0 victory.

Second-half goals from Will Vaulks and Callum Paterson gave Cardiff a win which boosts their hopes of climbing into a play-off spot.

Struber said: “I was disappointed with the result and the performance in the second half.

“I think we showed our fans two faces in this game. In the first half we were okay and in the second we stopped completely our plan. We forgot our style to play.

“They were ready for this fight, played many long balls and won the aerial duels.

“Our strength is to play in good positions and play quick and we forgot everything in the second half.

“The whole second half was not enough to win this game. It’s a disappointing moment for me and my team.

“It was easy for Cardiff – too easy in the second half. I have no answer for that right now.”

Cardiff’s first effort of note came when Albert Adomah broke free on the right-hand side of the area and fired in a shot which Brad Collins did well to beat away at his near post.

The visitors had a great chance when Joe Ralls sent over a low cross to Junior Hoilett who lifted the ball over from a good position.

Cardiff had an appeal for a penalty turned down when Paterson appeared to be felled in the area by Collins.

Vaulks (65) put the visitors ahead, firing into the net following a goalmouth scramble after Adomah caused problems for the Barnsley defence.

Paterson added a second goal a minute later when he received a through ball from Morrison, went one-on-one with Collins and slipped the ball past the oncoming keeper.

With his side bottom of the table, seven points from safety with nine games to play, Struber admitted: “It’s not easy. This is clear.

“My team can play very well and we have to bring a better performance in the next game.”

Cardiff boss Neil Harris said: “In the first half it wasn’t a very good game. It was very scrappy.

“You can’t under-estimate the conditions. The pitch was very awkward to play on – we saw that in the warm-up – and the with the wind in the first half it was really tough in the first half to get any momentum.

“I thought we had a couple of moments of quality in the first half and could have done better.

“Credit goes to Barnsley for standing strong against us but I didn’t feel they affected the game too much with the ball.

“We spoke at half time about being better on the first contacts and the second balls and having a little bit more quality and composure.

“I was very pleased with the second half because we had some real good moments of attacking football. There were two quality moments when we scored the goals.”