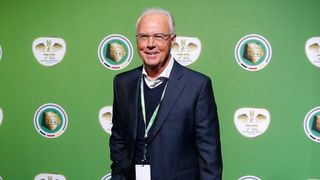 Franz Beckenbauer has denied allegations that the bid committee he headed up to bring the 2006 World Cup to Germany used bribery to secure the hosting rights to the tournament.

A report in German publication Der Spiegel on Friday claimed a slush fund provided by the late Adidas chief Robert Louis-Dreyfus worth almost $6million had been established by the committee and was intended to secure votes in their favour.

Both the German Football Federation (DFB) and its president Wolfgang Niersbach have denied the allegations, with Niersbach reported to have been aware of the fund during the bidding process, along with former Germany defender Beckenbauer.

The DFB said it was "taking action with the utmost determination" against the "completely baseless allegations" while Beckenbauer - a World Cup winner as player and manager - denied he, or anyone on the committee, was involved in paying for votes.

"I have never given money to anybody to secure votes for the allocation of the World Cup 2006 to Germany. And I am sure no other member of the bidding committee did," he said in a statement released via his management company.

FIFA is understood to be looking into the matter as part of their international investigation into corruption allegations following the arrest of officials in Zurich in May.

The bidding processes for the 1998 and 2010 World Cups have both been marred by subsequent allegations of bribery, as have the competitions in Russia and Qatar in 2018 and 2022 respectively.