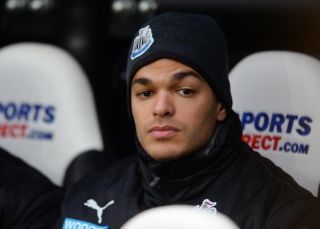 Ben Arfa fell out of favour with United boss Alan Pardew towards the end of last season, despite having made a strong start to the 2013-14 campaign at St James' Park.

With the 27-year-old seemingly not at the forefront of Pardew's plans, he has been linked with a move to Qatar.

However, representative Michel Ouazine has now dismissed suggestions that he will leave for the Middle East.

Asked by French newspaper L'Equipe about the rumours, Ouazine was quoted as saying: "This is false. He remains on a one-year contract at Newcastle and Hatem has the intention to continue to play in Europe."

Ben Arfa started just four Premier League games for Newcastle after the turn of the year as Pardew's side suffered a dramatic downturn in form.

They finished 10th, largely thanks to a strong first half to the season, although in May Ben Arfa described himself as "sad and frustrated" at being handed a bit-part role by Pardew.

"I think Pardew believes in me, but he doesn't show it. I don't know why," he added.