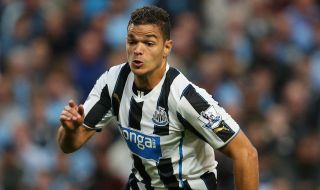 Ben Arfa was in the starting XI as Newcastle opened their campaign with a disappointing 4-0 defeat to Manchester City at the Etihad Stadium on Monday.

The Frenchman missed much of last season through injury, scoring four goals in 22 appearances in a difficult campaign in which Alan Pardew's men finished 16th in the Premier League.

The 26-year-old was a key member of the squad that finished fifth during the season before and the former Lyon and Marseille man is confident Newcastle can repeat that feat, despite their underwhelming start.

"Our objective is to finish in the top 10 and I hope we can finish top five," he told The Sun.

"That is going to be tough but I'm confident. The Manchester City game has gone and now we have to turn out attention to West Ham on Saturday.

"I will be doing everything for the team to maybe repeat what we did two years ago.

"We will be stronger than last year. There's confidence in the squad. We think we can do something good this season."