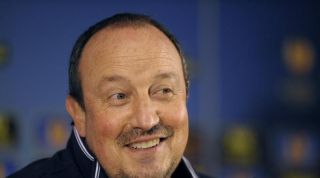 Atleti are currently three points clear of local rivals Real Madrid at the summit of the Spanish top flight with four matches left to play, and are tied at 0-0 heading into the second leg of their UEFA Champions League semi-final clash with Chelsea.

And Benitez, who led Valencia to a league and UEFA Cup double in 2003-04, has drawn comparisons between his own experiences a decade ago and Atleti's current situation.

"People are talking about Valencia winning 10 years ago, the double," he told Perform. "After 10 years to see another team like Atletico Madrid with a great possibility to win the title, I think it's good for the competition.

"They have the right mentality, they have the energy to achieve something important this year."

Atleti head to Stamford Bridge on Wednesday after facing Benitez's former club Valencia in the league on Sunday.