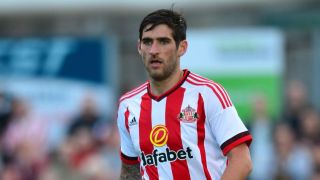 Danny Graham's Sunderland career appears to be over after the striker completed a loan move to Blackburn Rovers for the remainder of the season.

Graham, 30, moved to the Stadium of Light from Swansea City in January 2013 but has made just 42 appearances since arriving – scoring only once – and sees his contract expire in June.

Loan spells at Hull City, Middlesbrough and Watford punctured a relatively disappointing time on Wearside for Graham who follows Costel Pantilimon out of Sunderland this week.

Graham has made only six starts in all competitions this season, including during Saturday's 4-1 defeat at Tottenham, but will be tasked with helping 18th-placed Blackburn pull further clear of the drop zone.

Blackburn emerged from a transfer embargo in December and Graham told the club's official website: "It's been a mad 24 hours, I was training with Sunderland yesterday morning and then I came down here last night to get things sorted, so I'm delighted to get it done.

"I'm looking forward to the first game against Charlton and hopefully we can get off to a flying start. I was aware of the interest in the background and obviously I've been playing a bit at Sunderland the last few weeks, so I'm coming here with games under my belt, which is also pleasing, so hopefully we can both do well for each other.

"I spoke to the manager [Paul Lambert]  a few times and obviously he's got some good players. The transfer embargo has been lifted, so they want to sign players and move the club forward.

"For me to get out of Sunderland and have a fresh challenge is superb for me, so I'm delighted to get it done, I can't wait to get going and hopefully we can pull together and move up the table."