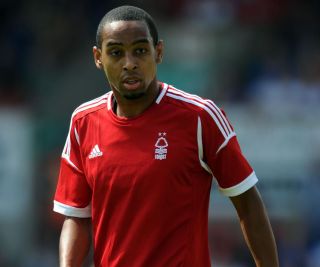 The body made the announcement on Tuesday, with the 27-year-old having until April 28 to respond to the charge.

Under Rule E8(b) of the FA's governance guidelines, professional players are prohibited to use, or pass on, information related to football that is not publicly available and could be used for gambling purposes.

Blackstock is not the first professional player to have such charges brought against him, with Tottenham's Andros Townsend and Newcastle United's Dan Gosling both previously found guilty.

Townsend was handed a four-month ban - three of which were suspended for three years - in June last year, as well as an £18,000 fine, while Gosling was fined £30,000 last month.

Blackstock has made just two appearances for Forest this season, and made four Championship appearances in a loan spell at Leeds United last October and November.