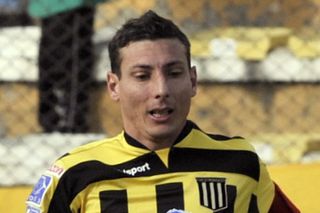 Sergio Almiron's strike on 23 minutes secured the win for Blooming as Guabira have now gone seven league games without a victory.

Reigning champions The Strongest relied on a goal from Pablo Escobar in the 76th minute to get a 1-0 victory at Sport Boys.

The win propels The Strongest to equal-first on the standings but they have played one more game than the league-leading Blooming.

Brian Aldave scored a brace as Nacional Potosi delighted their fans with a 3-1 victory over Oriente Petrolero.

Club Universitario scored twice in second-half stoppage time to run out 3-1 winners at home against Bolivar.

In other matches, Felix Quero snatched a late winner as Wilstermann outlasted Aurora 2-1 and there was a 1-1 draw between San Jose and Real Potosi.