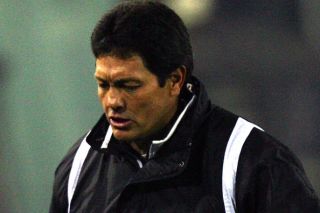 The only team left with a perfect record in the Apertura, Blooming claimed a 1-0 win at Club Universitario to maintain their two-point buffer at the top.

They have scored just four times in the three games, but have kept a clean sheet in each.

On the counter-attack, Torrico was released down the left before cutting in and firing inside the near post.

Wilstermann kept the pressure on with a 2-0 win at home to Oriente Petrolero.

Carlos Neumann capitalised on calamitous defending to open the scoring in the 41st minute and Wilstermann sealed the win late on.

More poor defending led to Augusto Andaveris' 90th-minute goal as he tucked away a finish into the bottom corner in a one-on-one.

Real Potosi remain unbeaten and claimed their first win of the season with a 1-0 victory over The Strongest.

Leilao's late brace led Universitario Cobija to a 3-1 victory at Sport Boys, who have just a point this season.

Petrolero Yacuiba and Bolivar played out a 1-1 draw.