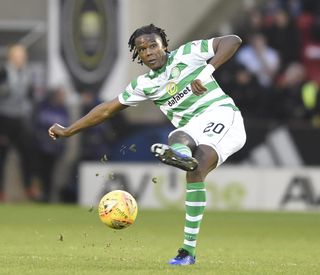 Belgian defender Dedryck Boyata has left Celtic for German side Hertha Berlin on what is described as a long-term deal.

The 28-year-old was available on a free transfer with his contract at the Glasgow outfit expiring this summer.

The German club’s sporting director Michael Preetz said: “We’ve had Dedryck in our sights for some time now and are fully convinced of his qualities, and we are confident that he is a real reinforcement for our defence.”

Boyata moved to Celtic in 2015 from Manchester City.

He was involved in a row with then Hoops boss Brendan Rodgers at the start of this season, being sent to train with the development side after he missed a Champions League qualifier against AEK Athens in Greece when he claimed to be injured.

Boyata told his new club’s website: “The club is ambitious and has goals that I stand by and I was very impressed by how Michael Preetz tried to talk to me and showed me a clear plan.”