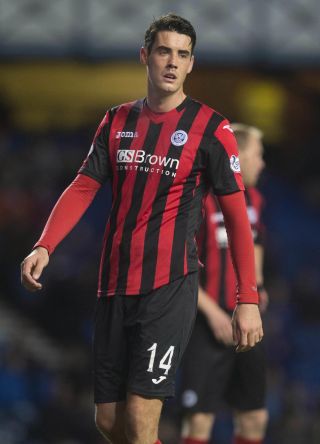 Graham joined Thistle for an undisclosed fee after County did a deal with Hibs for 21-year-old striker Shaw, which involves an immediate payment plus a sell-on clause.

Shaw scored 12 goals for Hibs after coming through the youth ranks and was keen to get more first-team action.

His County debut came off the bench during Wednesday night’s goalless Ladbrokes Premiership draw with Hearts.

Co-manager Steven Ferguson told County’s YouTube channel: “Young Oli Shaw, it was a bit of a whirlwind for him but he was desperate to come up and get involved in the game.

“I think in the 15-20 minutes he was on the pitch it was clear for everyone to see what a talented young boy he is and what a prospect we have. If we can get him playing and firing goals then it will benefit everybody.”