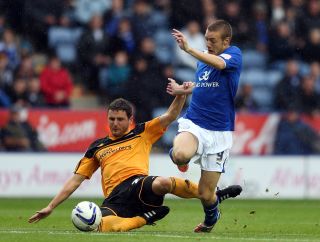 Hull face Tottenham at White Hart Lane for the second time in four days on Wednesday in the fourth round, having frustrated  Andre Villas-Boas' men for long periods of Sunday's Premier League meeting.

An 80th-minute Roberto Soldado penalty separated the sides, with Hull able to take heart from a spirited performance that Bruce feels showcased the talent available to manager and father Steve, who is without the likes of goalkeeper Allan McGregor and striker Danny Graham.

The defender, who made his first Premier League appearance of the season at the weekend as a result of the spate of injuries at the KC Stadium, said: "It's a squad game nowadays. You can't rely on 11 players in a season or you're going to be struggling.

"You need to utilise the squad because you can't play the same XI week in, week out.

"I think the lads who came in (during Sunday's game) did that."

On Sunday's game, Bruce added: "We defended very well, had a game plan and stuck to it.

"We can't dwell on the result.

"There are a lot of established Premier League teams who won't play as well as we did at White Hart Lane and that has to give us encouragement."