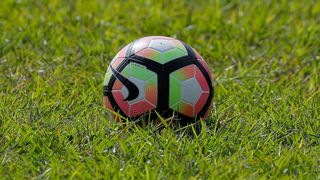 CAF Champions League holders Mamelodi Sundowns were held to a surprise 0-0 draw by Ethiopian side St George as they opened their Group C campaign.

St George are the first team from Ethiopia to make the group stages and made their point with an impressive rearguard display in South Africa.

Saturday's other match also failed to produce a goal, with record eight-time tournament winners Al Ahly having to settle for a draw against Zanaco in Group D.

Al Ahly's failure to break down the Zambian side means Wydad Casablanca sit top of that pool, having beaten Coton Sport 2-0 in their opener.

The Egyptians, who dominated possession, were wasteful in front of goal, hitting the target with only four of their 17 attempts.