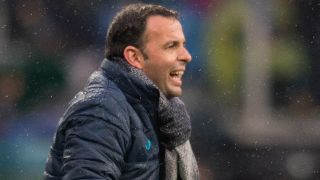 After finishing in the top six in each of the previous five seasons, Villarreal are currently in 17th place in the table and in the midst of a relegation battle.

They have won just one of their nine league games since September and Calleja has paid the price.

The 40-year-old played for Villarreal before joining the coaching staff seven seasons ago, initially in a role with one of the youth teams.

Calleja won three consecutive titles with the under-19s and stepped up to a position with the senior side in September 2017.

Villarreal finished fifth last year to qualify for the Europa League group stages, and they are top of Group G in that competition having drawn four of their five games.