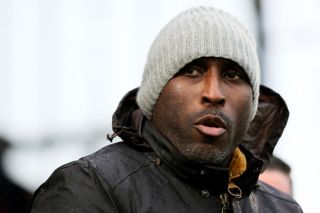 Southend boss Sol Campbell will be without suspended trio Ethan Hamilton, Stephen McLaughlin and Harry Lennon for his first game in charge against Ipswich.

Campbell must decide whether to retain Nathan Bishop in goal or recall first-choice Mark Oxley, who returned to the bench on Tuesday night after missing last Friday’s draw at Tranmere due to personal reasons.

Defender Liam Ridgewell is expected to return to contention after a calf strain, but John White, Luke Hyam, Sam Mantoum and Charlie Kelman are still out.

Ipswich manager Paul Lambert will monitor several players as his side bid to bounce back from successive defeats.

Striker James Norwood played the final 20 minutes in the midweek home defeat to Rotherham after a recent groin operation and came through unscathed.

Midfielder Flynn Downes was an unused substitute on Wednesday night as he has been nursing a hip injury and will also be assessed.

Lambert must decide whether two games in fours days is too much for Emyr Huws (knee) and Will Keane (groin), but defender Kane Vincent-Young played the full 90 minutes against Rotherham after his groin problem.