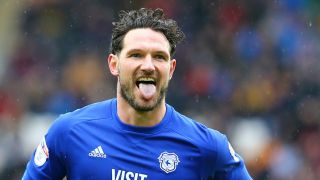 Cardiff City captain Sean Morrison is one of seven players to have agreed new contracts with the promoted club.

Morrison has signed a four-year deal, with Joe Ralls and Callum Paterson also committing their futures to the club to 2022.

Brian Murphy's contract had expired but the goalkeeper has been given a fresh one-year contract to stay at Cardiff ahead of their impending Premier League campaign.

"We've worked really hard this week to get a number of the lads' contracts tied down ahead of the new season," said Neil Warnock.

"He wants to help us try and stay in the Premier League, and I think that's great," added Warnock.

"We had a chat six weeks ago and he told me he wanted to stay; now we're looking forward to him coming back in to the group."