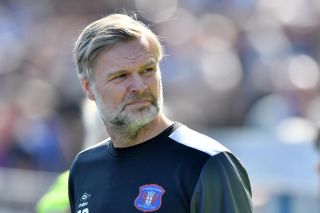 Carlisle have signed midfielder Canice Carroll on a season-long loan from Brentford.

The 20-year-old, a Republic of Ireland under-21 international, had a loan spell at Swindon last season.

Boss Steven Pressley told the club website: “Canice is a player who gives us the option to use him in a number of positions but his main position for us, as I see it, is in the midfield area.

“Again, he’s comfortable in several of the midfield positions. He’s different to the other players we have in that he provides us with greater physicality.

“With the successful loan spell he’s had at Swindon last year he knows the level, and he comes to us in good shape having been part of Brentford’s summer preparations.

“The other important thing is that we know he’s a terrific character, so he’ll fit in quickly with the dressing room, which is what we need.”