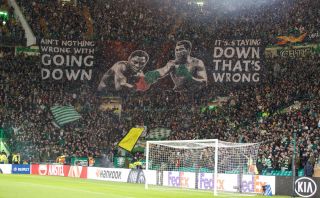 Celtic have been charged over supporters’ behaviour in the Europa League encounter with Cluj last Thursday.

Disciplinary proceedings have been opened against the Scottish champions after the alleged setting off of fireworks at the group-stage fixture against their Romanian opponents.

The UEFA control, ethics and disciplinary body will deal with the case at its meeting on 17 October.

Celtic won the game 2-0 to go top of Group E after two matches and in their next European tie host Italian side Lazio on October 24.

The Parkhead club were fined £11,000 for fans setting off flares and throwing objects during the 4-1 Europa League play-off second-leg win over AIK in Stockholm in August.