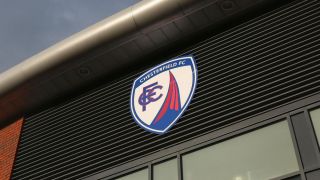 Chesterfield have sacked their head of commercial and marketing after the club faked the winner of a raffle.

The competition invited fans to buy tickets for £20, promising the chance to win a trip to the club's pre-season training camp in Hungary.

"Surrey-based Spireite James Higgins" was eventually declared the winner, but the lucky 'fan' was later revealed to be too ill to travel.

It has since transpired that Mr Higgins was a fictional character devised by the club after only four Chesterfield supporters decided to enter the contest.

And marketing boss Kevin Fitzgerald has paid with his job following a strongly worded statement from the club.

"I am still reeling from the shameful incident that has attracted nationwide headlines for the football club for all the wrong reasons," said club director and secretary Ashley Carson.

"After a thorough internal investigation, I can now confirm that the person responsible for this total farce has now left the football club."