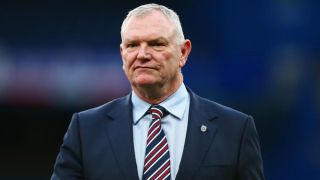 Football Association (FA) chairman Greg Clarke has promised a cultural review of the organisation after admitting it has "lost the trust of the public".

The 60-year-old offered a damning assessment of the FA's processes and lack of "inclusivity" in the wake of the Eni Aluko row.

Clarke, along with other senior officials, appeared before the Digital, Culture, Media and Sport in what he described on Thursday as "a bruising personal experience" and a damaging one for the FA.

He has come under serious criticism for his handling of a complaint by England international Aluko against former manager Mark Sampson, who was accused of making racial remarks to her and Drew Spence.

In a speech to the FA Council, Clarke apologised again for their handling of the complaint and admitted the grilling at parliament had "stripped us of our veneer and exposed some deeper fundamental truths".

He conceded the view of the FA being out of touch was because they had lost public support due to incompetence and a lack of representation of black, Asian and minority ethnic communities in the organisation.

Clarke promised a "top to bottom" cultural review of the St. George's Park national football centre to improve "inclusivity and the collective care of our players".

. asks about whether other players may come forward: October 18, 2017

"So I think we have a choice in front of us today. We can fix the storm damage – address some of the immediate concerns that have arisen from the Aluko case and wait for the weather to change. Or we can be more honest with ourselves and address the fundamental 'climate' of the FA so that when the next storm comes along, and the organisation is stripped back and exposed once again we can show a different more progressive face to the world."