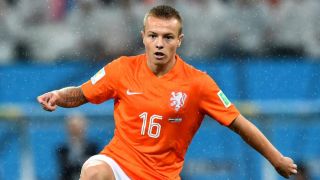 Schneiderlin brought an end to months of speculation by moving to Manchester United on Monday.

Koeman was quick to react, bringing in Clasie - with whom he previously worked at Feyenoord - on a five-year deal.

The Netherlands international made his debut in Saturday's 3-0 friendly win over Groningen and Koeman believes Clasie is a good fit to replace Schneiderlin.

"He's a perfect replacement for Morgan in that position," he told Sky Sports.

"I know that because I worked three seasons with Jordy.

"Of course, he's still not Schneiderlin but he's still young. He has to develop and adapt to the Premier League and its intensity but he's a great signing."