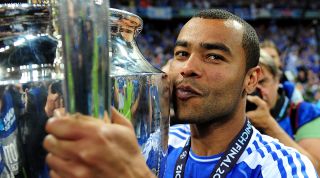 Cole is now into his second season with LA Galaxy, having moved across the pond in 2016 following a disappointing two-year stint in Serie A with Roma. And England’s sixth-highest appearance-maker of all time has been preparing for his post-playing career.

Speaking exclusively in the August 2017 issue of FourFourTwo magazine, he says: “I’m enjoying it here at the moment, but I would like to go back to England and work for Chelsea in some capacity if I could, so that would be my first choice.

“Coaching or being a scout is something I’ve always considered and enjoyed while watching games. I try to nurture young players coming through, so it’s something I have in the back of my mind for after I finish playing. But I want to play for as long as I possibly can, because once you finish playing, you are done for life.”

Steven Gerrard and Robbie Keane both called time on their Galaxy careers at the end of last season, which saw the StubHub Center side’s hopes of winning a fourth MLS Cup in six years ended by the Colorado Rapids in the Conference semi-finals.

And Cole believes the presence of marquee players in US soccer is of benefit to the country’s youngsters, who can learn from the best and turn MLS into a major force.

“The league is definitely growing,” he says. “MLS is demanding. You have to travel a lot, which is the main problem for older guys – you’re on the plane for five to seven hours and it’s not easy. But the younger guys are learning from the marquee players: in five or six years it will be a very big league.”

Read the full interview with Ashley Cole in the August 2017 issue of FourFourTwo magazine, which features an exclusive interview with Atletico Madrid frontman Antoine Griezmann about his on-off move to Manchester United. Also this month, we hit the campaign trail with World Cup winner-turned-senator Romario, attempt to impress LA Galaxy scouts at an open trial in London, recall the Rumbelows Sprint Challenge, go One-on-One with former France and Bayern Munich left-back Bixente Lizarazu, hear about Dallas Tornado’s mental world tour and celebrate Serie A during the 1990s – when Calcio was king. Order your copy today, and then subscribe!