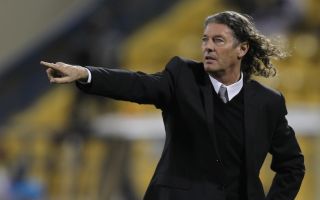 Ex-Senegal boss Metsu was buried in Dakar on Monday, with several of his former players, including Coly, El Hadji Diouf and Khalilou Fadiga attending the service.

The French-born coach – who also managed Qatar and the United Arab Emirates – is best known for taking Senegal to the quarter-finals of the 2002 FIFA World Cup.

And the former Lens, Perugia and Parma man said Metsu, who died of lung cancer last week, was more than a coach to him and his Senegal team-mates.

Coly said: "I would first like to express my condolences to his close family.

"He was more than just a great coach, he was a great man and on the pitch, he was our role model.

"Every game we played, we played for him and today, I want to say thank you to him - thank you because he made us give the best of ourselves on the pitch.

"Metsu was someone who would always repeat one thing to us, do not miss the historic opportunity.

"In 2002 we wrote history for Senegal and today, African football and the world of football as a whole, loses a great man.

"He was a coach who managed players his own way and with his squad, he gave so much time and respect for humanity.

"He gave a lot of responsibility and freedom to his players and was a great coach."