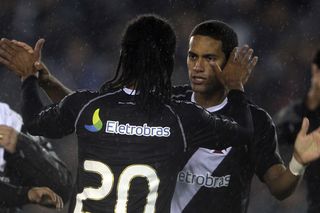 Dorival Junior's Vasco da Gama did not have it all their own way in their Round of 16 clash against the  Serie D club, with only late goals in each half ensuring victory at the Estadio Roberto Simonsen.

Defender Cris got the opener for Vasco a minute before the break to send the visitors to the rooms in front, after wonderful lead-up play by Carlos Tenorio.

The Ecuadorian striker then completed the scoring when he added a penalty in second half stoppage to confirm the result.

The two sides meet again in nine days time in Rio de Janiero for a spot in the last eight.