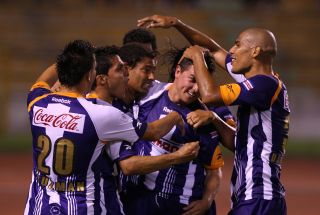 With the game looking like ending goalless, Ramirez took control of the contest for Saprissa with strikes in the 76th and 83rd minutes.

There was enough time for a Limon consolation goal from the penalty spot through Bill Gonzalez, but they could not level and Saprissa are three points clear on top of the table.

Elsewhere, Herediano streaked to a commanding lead before being made to sweat by Santos de Guapiles in their 3-2 triumph.

Victor Nunez scored a first-half double for Herediano, either side of teammate Whylon Francis' goal, before Cristian Lagos secured a lifeline for Guapiles moments before half-time.

Guapiles scored in the first minute of the second-half through Mario Viquez but couldn't find an equaliser.

In other results, Uruguay drew 1-1 with Cartagines, Puntarenas overcame Alajuelense 2-1 and Carmelita won 2-0 against Perez Zeledon.

The match between UCR and Belen Siglo XXI was postponed.