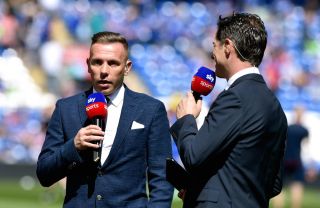 Craig Bellamy has signed a three-year deal to become the Under-21s coach at Belgian club Anderlecht.

“The appointment of Craig proves we continue our efforts to improve our youth development,” sports director Michael Verschueren told the official Anderlecht website.

“He will be working closely together with Vincent Kompany, Simon Davies and our Academy coaches to make the transition into the senior squad easier for our ‘purple talents’.”

Bellamy, 39, was previously Cardiff’s Under-18s coach but stepped down from his role in January when allegations of bullying were made against him.

The former Liverpool, Newcastle and Wales forward “categorically” denied the allegations and vowed to clear his name while the club conducted its investigation into the claims.

Press Association Sport understands that Bellamy’s move to Belgium does not affect that investigation, which remains ongoing.

Had he returned to his role at Cardiff, it is likely he would have had to embark on an education in communication programme – something Bellamy was understood to be prepared to undertake.

“He has a lot of experience and will be a great mentor for our youth players mentally speaking, but also in terms of football skills.

“As coach of the U21 team, his task will be to prepare our young talents for the first team.”

Bellamy was also a regular pundit on Sky before the bullying allegations were made against him and the investigation launched.

But Bellamy has not worked for Sky since and the broadcaster said it would review the situation following the club’s findings.