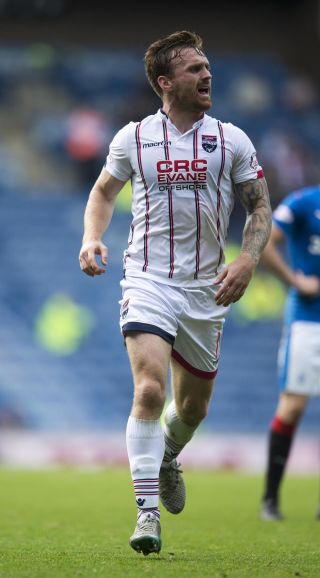 Craig Curran insists Dundee have to start winning as they enter the “business end” of the season with a basement battle against St Mirren.

The losers of Saturday’s Paisley clash will be bottom of the Ladbrokes Premiership table with seven games left.

Dundee have lost four games in succession and Curran is determined to halt that run in Saturday’s relegation battle as time is running out.

Curran said: “It’s massive. All eight games are massive now. This is the business end.

“We have to start putting results together and turn performances into results. We can’t keep talking about it, we have to go and do it.

“There’s an added pressure but that’s what we are paid to deal with. This is the business we are in, we can’t shy away from it. And I know there’s enough in the changing room that won’t.”

Curran feels it is time for Dundee to turn words into actions.

“We can’t keep talking about playing well and not getting results, we have to go and win games now, whether that’s by playing ugly or playing nice.

“There’s no point playing it down, it’s huge. We need to go and win the game, we need to win that game and look at catching Hamilton.