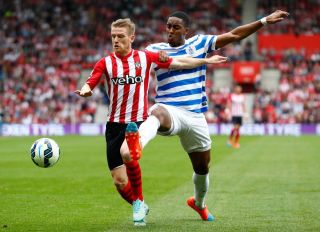 The 29-year-old Northern Ireland captain has been a regular fixture in the south-coast club's starting line-up following his move from Rangers two years ago.

Davis has now opted to extend his stay at St Mary's by putting pen to paper on a new deal with Ronald Koeman's side, who are third in the table after an impressive start to the season.

He told the club's official website: "I'm delighted to have signed a new contract,

"I've enjoyed my football since I came here and the club is continually progressing. I'm excited to see where we can go together over the next few years.

"It was a difficult summer for everyone involved, but the board stayed strong and the club made some really good signings in the manager and players that were brought in.

"We’ve had an exciting start and we're determined to go on and keep progressing. Nobody wants to stand still.

"We want to get better – that goes for the team and myself. I'd like to win trophies and continually try to improve our league position, and I feel we can do that at this club."

There was further good news for Southampton on Friday when Koeman was named Premier League manager of the month and striker Graziano Pelle won the player of the month award.