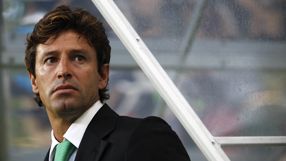 The former Braga and Sporting boss replaced Jose Luis Oltra at the beginning of the week, taking over a side bottom of the table, and guided them to only their third win in 20 games in all competitions this season.

Deportivo, who are on the brink of entering administration, looked tighter in defence and sharper breaking forward and struck through Pizzi in the 57th minute.

The Portuguese forward pounced on a weak back pass, rounded a defender in the area and thumped a shot inside the near post to help his side climb to second from bottom.

"Four training sessions aren't very many," Domingos told a news conference. "A lot of it was the work of the last coach.

"We can do better but we owe Oltra a big hug for what he did beforehand."

Malaga, who have qualified for the Champions League last 16 and beat Real Madrid 3-2 in their last outing, stayed fourth with 31 points from 18 games, missing out on the chance to climb above the champions into third.

Elsewhere on Saturday, Levante and Valencia made the most of red cards for their opponents to secure comeback wins that kept them in the hunt for European places.

Levante beat 10-man Athletic Bilbao 3-1 and are sixth with 30 points while Valencia rose to seventh on 27 after a 2-1 victory at lowly Granada who also had to play most of the match a player light.

Hosts Levante went behind in the sixth minute as Aritz Aduriz headed Bilbao in front with his 11th goal of the league campaign. The overlapping Christian Lell then blasted the equaliser into the top corner for Levante after 26.

The visitors had young defender Aymeric Laporte sent off in the 44th minute and Levante took advantage immediately when Vicente Iborra headed in from close range before half-time.

Nabil El Zhar's low shot from outside the area effectively ended the game as a contest in the 69th minute.

Bilbao's Spain striker Fernando Llorente, in talks about a possible move to Juventus, came off the bench but could do little to dispel the doubts surrounding the future of coach Marcelo Bielsa.

Bilbao, who reached the King's Cup and Europa League finals last season, are 14th with 21 points.

Granada were a man down from the 34th minute when Mikel Rico was harshly shown a second yellow card for handball against Valencia.

The hosts took the lead in the 50th minute, however, when Brayan Angulo's audacious shot with the outside of his left foot looped into the top corner.

The game threatened to boil over as Granada sought to break up the flow but Valencia levelled when Jonas powered in a header from a corner in the 59th minute.

Ernesto Valverde's side kept up the pressure and were rewarded when the lively Pablo Piatti slotted the ball in at the back post to seal victory eight minutes from time.

In the late game, Emir Spahic stabbed home a scrappy 83rd-minute winner as Sevilla overcame basement side Osasuna 1-0 at h