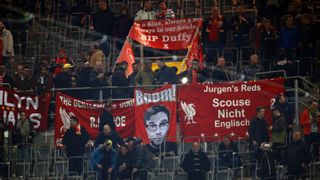 The Bundesliga side have been charged with blocking stairways during the 1-1 draw in the first leg of the quarter-final.

Liverpool, meanwhile, have been charged by European football's governing body after fans set off fireworks in the aftermath of Divock Origi scoring the opening goal.

Sparta Prague, meanwhile, have been charged with crowd disturbances relating to "acts of damage" during their 2-1 defeat to Villarreal.

The Czech Republic side were hit with charges relating to offensive banners and letting off fireworks in the last round against Lazio.

All charges will be dealt with by UEFA's Control, Ethics and Disciplinary Body on May 19, the organisation confirmed on Friday.