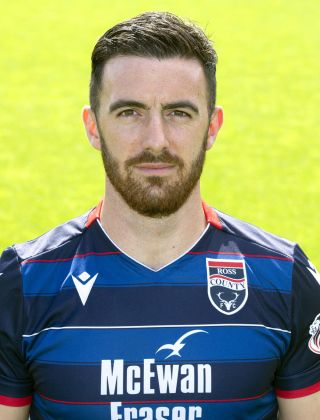 Ross Draper insists there is no chance of a lingering effect from Ross County’s difficult afternoon at Celtic.

County saw a four-match unbeaten run end in cruel fashion when they lost 6-0 against the Ladbrokes Premiership champions last weekend.

They have a tough task in bouncing back with a trip to Easter Road to face Hibernian on Saturday followed by a clash with Rangers four days later.

But Draper believes the realism in the squad will stand them in good stead.

“Morale in the squad is always high,” said the midfielder, who returned from injury against Celtic.

“We make sure we don’t get too low when we get beat or too high when we win. The boys are grounded.

“We know last weekend’s performance wasn’t good enough and we get the chance to right the wrongs. The spirit in the squad never changes.”

Draper added on the club’s Twitter account: “We know we’ve got a tough run. We had a relatively decent start against teams around us. The next couple are maybe tougher on paper but we are confident.

“Watching from the stands wasn’t easy but the boys have been brilliant in picking up results so we can’t be too low about one performance. We have a chance to bounce back and the boys are fully confident.”