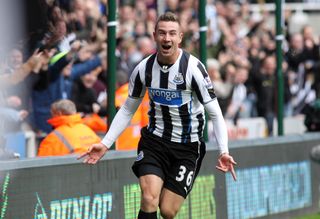 Dummett, 21, made a crucial impact in Newcastle's 2-2 draw with Liverpool last Saturday, scoring the second goal as they re-took the lead, despite going down to 10 men following the dismissal of Mapou Yanga-Mbiwa.

Newcastle travel to the Stadium of Light to face local rivals Sunderland on Sunday with the hosts having taken just one point from their first eight games.

Alan Pardew's men will be seeking revenge for the 3-0 defeat Sunderland inflicted on them at St James' Park last season.

And Dummett is confident he can have an impact.

"I know exactly what this game means to this football club – especially as I am a fan," he told The Evening Chronicle.

"If I'm not in the squad, I'll be in the stand singing songs and cheering players on.

"But if I am playing, I know exactly what it means to win this game. If I'm selected I'll be doing everything I can to help the club."

Newcastle have taken four points from their last two games, a run of form that Dummett believes is due to the spirit in the squad.

"We've got some good momentum going now," he added.

"We'll take that into the Sunderland game and hopefully I'm involved in that.

"We've got a great togetherness here.

"That's why we got a 2-2 draw with Liverpool because everybody pulls together in the same way.

"We all work hard as a team to get results."