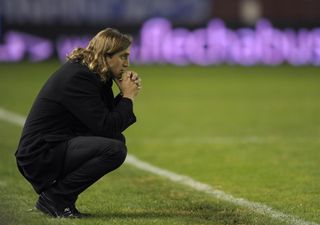 Independiente del Valle were crushed 3-0 by Deportivo Quito, while second-placed Barcelona were shocked by Manta.

LDU Quito also looked set to be beaten when Jorge Valencia put El Nacional ahead in the 30th minute.

Jonathan Ramis levelled just after half-time for the hosts before Juan Luis Anangono scored what proved to be the winner with 20 minutes remaining.

Independiente del Valle suffered their first loss of the league season 13 games in as Deportivo Quito struck three times in a 10-minute burst.

Cristian Lara netted a penalty and goals from Michael Castro and Efren Proano followed as the hosts claimed what proved to be a comfortable win.

Miller Castillo's 55th-minute penalty was enough for bottom side Manta to secure their second straight win and upset Barcelona 1-0.