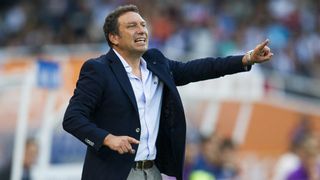 Girona have named Eusebio Sacristan as their new head coach.

The former Barcelona midfielder has signed a two-year deal with the Catalan club, who saw Pablo Machin leave to take at Sevilla last month.

Girona, who finished 10th last season in their first campaign in LaLiga, will present Eusebio as their new boss on Friday.

The 54-year-old was sacked by Real Sociedad in March after they failed to sustain a challenge for the European places.

He was previously in charge of Barcelona B and Celta Vigo.