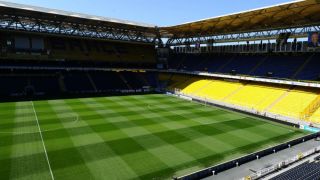 Fenerbahce have cancelled Saturday's friendly with Lyon, following an attempted coup in Turkey.

On Friday, a faction of the nation's armed forces tried to seize power, which led to 161 people being killed, according to the country's Prime Minister, amid gunfire and explosions in Istanbul and the capital Ankara.

Fener, who were Super Lig runners-up behind Besiktas last season, were due to play Ligue 1 side Lyon at their Sukru Saracoglu Stadium in Istanbul on Saturday.

However, the club released a statement confirming that the match had been cancelled.

"The Olympique Lyon match was cancelled due to the events on the agenda."