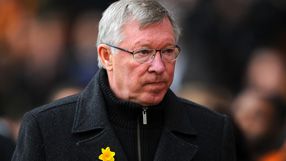 The Red Devils lead their inter-city rivals by five points due in large to a winning streak that was extended to seven games after late goals from Antonio Valencia and Ashley Young saw them secure a vital 2-0 win away at Blackburn Rovers on Monday night.

Conversely, neighbours Manchester City have been inconsistent of late, relinquishing the top spot for the first time in several months after a period of poor form that has seen them drop points to Swansea, Stoke and Sunderland.

Ferguson claims he knows exactly why his team have come into such form at such a crucial stage of the season.

"It's down to experience. It never fazes them and they can handle it," he said in The Sun.

"Paul Scholes and Ryan Giggs are unparalleled of course, but Wayne Rooney has four title medals, Rio Ferdinand has five.

"Michael Carrick has got a few and even people like Rafael have got two or three.

"So it all adds to the experience – and that's valuable at this time of the season."

An integral factor to United’s overhauling of Mancini’s men has been their formidable away form which has seen them win 10 of their past 12 matches.

Last season they only managed five wins on the road and Ferguson maintains it is all about balance.

"Last season, we were fortunate as we had a great home record and only dropped two points at Old Trafford. But that was balanced out by the away form," added Ferguson.

"This season, we've picked up fewer points at home but away form has been much better.

"We've had the most clean sheets away in the league this season and you need that."