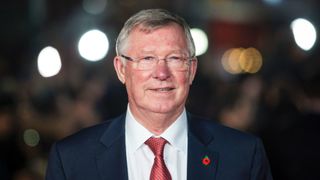 Former Manchester United boss Alex Ferguson has stressed he only sparingly gave his players the infamous "hairdryer treatment" during his time at Old Trafford.

Ferguson led United to numerous trophies during his 27-year-spell in charge and earned himself a bit of a reputation for his outbursts in the dressing room whenever things were not going as planned.

Nevertheless, the 74-year-old is adamant verbal attacks aimed at his players were not as frequent as many have made them out to be.

"There was a lot of myth about it," Ferguson was quoted as saying by The Sun.

"It happened about half a dozen times in 27 years and the players will tell you that. The problem for me was if a player answered me back, I headed towards them. That was my problem.

"Jock Stein always told me to leave it until Monday to talk to them, but I I could not wait until Monday. So, on a Saturday after the game, I told them exactly how I felt, because we had trained at a level all week that I expected to win every game.

"I told them exactly the truth and the truth works. All the players understood that and it was never held against me.

"Then the next day it is pushed aside and I am prepared to win again. I never ruled by fear. Name a Manchester United team that played with fear. My job was to get a positive attitude into that team, for them to express themselves, never give in and enjoy playing for the club. That is sacrosanct."